When you love others unconditionally and care for others endlessly, you create a blissful life ~ Debasish Mridha

How wonderful it must be, to speak the language of angels, with no words for hate and a million words for love ~ Eileen Elias Freeman 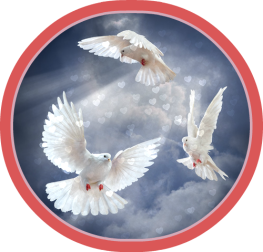 When the power of love overcomes the love of power, the world will know peace ~ Jimi Hendrix

When we amplify mutual respect and love, we have a lot to gain. Quite simply, there is more for us to gain through love than hate ~ Suzy Kassem

The giving of love is an education in itself ~ Eleanore Roosevelt

“What’s the best way to get downtown,” Mandy asked her husband as she finished cooking dinner. She was taking her youngest daughter and her daughter’s friend to a concert in Detroit and wanted to know the best way to get to the State Theater on Woodward Avenue.

Mandy’s mom and dad had both grown up in Detroit during the 1950’s and settled out in the suburbs after they were married. They had instilled in their children, Mandy included, a prejudice and fear about the city. Fear that Mandy fought against as a young women, but that had settled back into her soul as a young mother.

She went from defying her parents by going to free concerts at Hart Plaza as young adult, to driving her toddler children downtown by herself to get a look at the Stanley Cup (the National Hockey League’s trophy that the Detroit Red Wings have won many times over), to only going to Detroit under the protection of her husband. Her fear had been solidified.

Her attitude seemed to change as her kids became older and she became more afraid than ever before. Fear of the city, fear that she had once successfully conquered, had returned ten – fold and was hardened into her full being by the national news stories of how dangerous Detroit was. Fear confirmed.

A good mother protects her children from danger. That was both logical and used as an excuse to remain separate and to remain dichotomous.

Directions in hand she loaded the girls into her car and headed to the freeway. It was early November. That meant it was dusk when they left the house and dark when they arrived in the city.

“I can’t imagine why there is no exit for Woodward,” she said aloud interrupting the girls’ sing-a-long with Fallout Boy’s, “Dance, Dance” playing on the CD. The middle- schoolers were preparing for their big concert at the State Theater. The young girls offered their suggestions from the back seat as Mandy tried to remember the directions her husband had provided. She wanted them to feel comfortable so she kept her voice calm and smiled and laughed even as she wound up going around in the same block twice.

Mandy was afraid. The fear she was taught from her parents and the fear she accepted from the media was fighting to stay on top and in charge. It had fought hard to keep her from buying the tickets, but she overcame it. Now she had to keep it from ruining the girls’ night.

She pulled into the parking garage next to the theater and found a spot close to the door, which made her very happy. There was a long line of young teens waiting for the doors to open. The line extended several blocks down a side street. They walked down to the end of line. Happy kids.

The feeling in the air was excitement – just fun – fun that she would have denied her daughter if she had given in to fear. She felt a bit triumphant and rightly so.

The line began to move slowly once the doors opened. The girls were so happy. Mandy listened to them talk and sing. She laughed with them and the other kids and parents in the long line. There was no more fear – only the excitement, the fun and love.

A couple hundred feet ahead of them there was a man with a garbage bag picking up empty soda bottles. “I bet he’ll have a hundred dollars before the night is done,” Mandy thought as she surveyed the grassy area next to the sidewalk that was littered with empty soda bottles.

The slow moving line gave Mandy plenty of time to watch the man as he moved towards her. More importantly, she watched how the kids in line reacted to him. Embarrassment was quite obvious and normal for such young kids, but she also recognized fear. The same fear she had been fighting to face her whole life. Fear of this unknown city person; a man whom she had never met; a man who collected bottles to make a little money – maybe extra money, maybe his only money – no way to know.

The more demure kids turned their backs or smiled; derogatory comments were made by the bravest but most just ignored him. He smiled and said, “Excuse me,” as he picked up the containers carelessly strewn on the lawn next to the sidewalk.

As he approached Mandy she picked up a couple of the empty bottles handing them to him directly. He smiled brightly, “Why thank you Ma’am,” he said, “I certainly appreciate you picking those up for me.”

Mandy and the man conversed for about a minute, the man even moved with the line to continue the conversation. He spoke about the band, Fallout Boy, and how his niece just loved them, “She has all their CD’s,” he said with a smile before making his way down the sidewalk, “You enjoy the show,” he ended their conversation with a wave.

“I will. Have a good one,” Mandy called out. The bottle collector moved on down the street and Mandy and the girls moved in the opposite direction anticipation and exhilaration their fuel.

The night went smoothly and was topped off by a stop at the International House of Pancakes on the way home. But, it was that simple short conversation, a true spiritual connection between two (2) strangers; that was the highlight of Mandy’s night. She may not have realized why it made such a lasting mark on her soul at that moment, but time allowed for her to see the true lesson of the evening – Fear keeps us from love.

After all, if she had had allowed her fear of the city to stop her from taking the children to the concert she would not have had that great experience with her daughter or the stranger collecting bottles; both of which were deep, lasting soul connections in which two (2) spirit’s energies touched and shared happiness together.

Every time you smile at someone, it is an action of love, a gift to that person, a beautiful thing ~ Mother Teresa 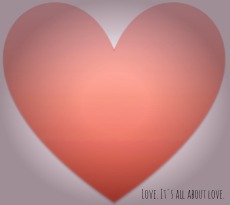 In response to the daily prompt.

…can only lead to devastation of the human soul.

In response to the daily prompt.

This blog will post words about love from any person, literature piece (real or fictional works), or any religion. The goal is to show that we all strive for equilibrium and I believe that human equilibrium is love.

This blog will post words about love from any person, literature piece (real or fictional works), or any religion. The goal is to show that we all strive for equilibrium and I believe that human equilibrium is love.